The Discovery of Jojoba Oil

The Discovery of Jojoba and its Arrival in Israel

The jojoba, native to the deserts of Mexico and Arizona, where it grows naturally, was forgotten for a few centuries until the 1980s, when a financial newspaper in the United States published an article which described jojoba as “the next big thing” and promised great wealth to anyone who would grow it.

That article led to extensive planting of jojoba in US deserts. However, the article did not mention that jojoba was not an easy plant to grow, and the extraction of oil was complicated as well. Everyone who had started jojoba plantations during that time discovered it the hard way; most of the plantations were abandoned and the shrubs rooted out, because their owners failed to get what they wanted from this plant.

In the 1980s, the Israeli petroleum company Delek brought jojoba to Israel, planning to extract jojoba oil for use as a fuel additive. But like the American growers, Delek failed big time and sold its plantations to Kibbutz Hatzerim in the Negev desert for a symbolic price.

The first plantations in Hatzerim were planted in 1990, and a small oil extraction plant was built. The kibbutz has been running the Netafim irrigation equipment company since 1965, and its people have accumulated extensive agricultural and agrotechnical knowledge. The desert climate, which fits jojoba like a glove, combined with the community members’ extensive knowledge, helped the successful adaptation and oil extraction from the jojoba shrubs.

Since then, Hatzerim’s jojoba oil has become a world leader thinks to a number of breakthrough discoveries of new strains, maximization of the shrubs’ capacity by using sophisticated irrigation and fertilization systems, a mechanical collection system that saves manpower, and an innovative oil extraction plant which uses a special process developed specifically for jojoba seeds.

All these make Kibbutz Hatzerim a key player in the world’s cosmetics market, and its oil is sold in many countries around the globe. 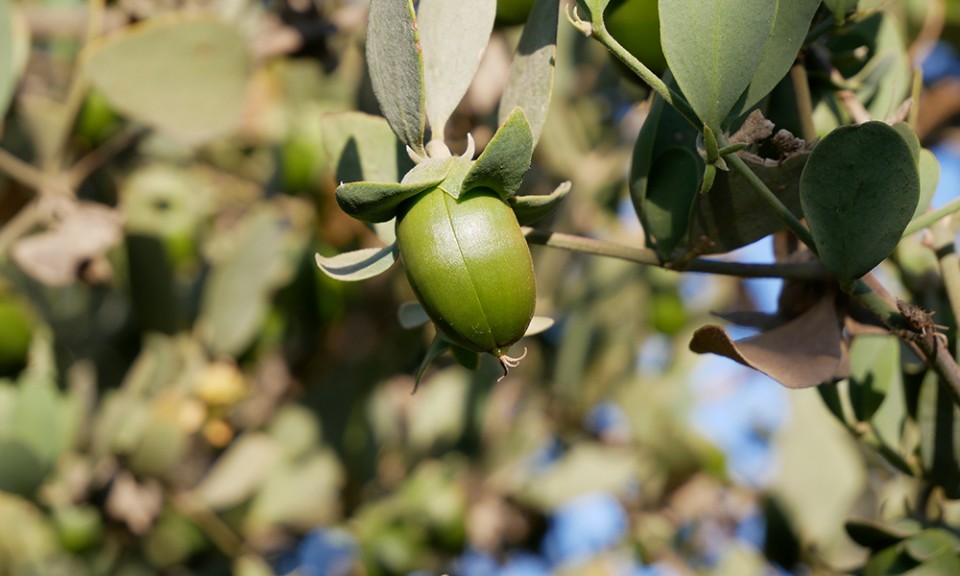 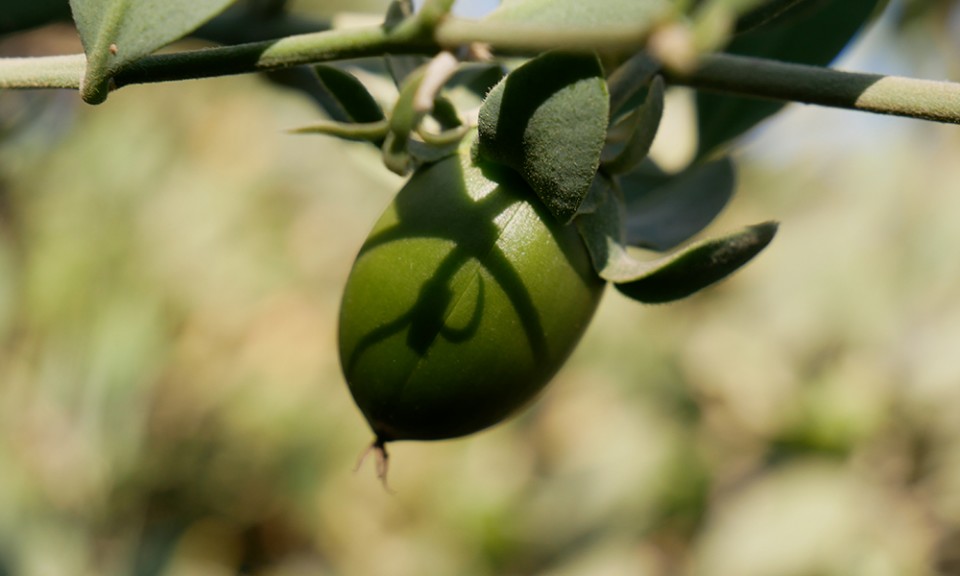